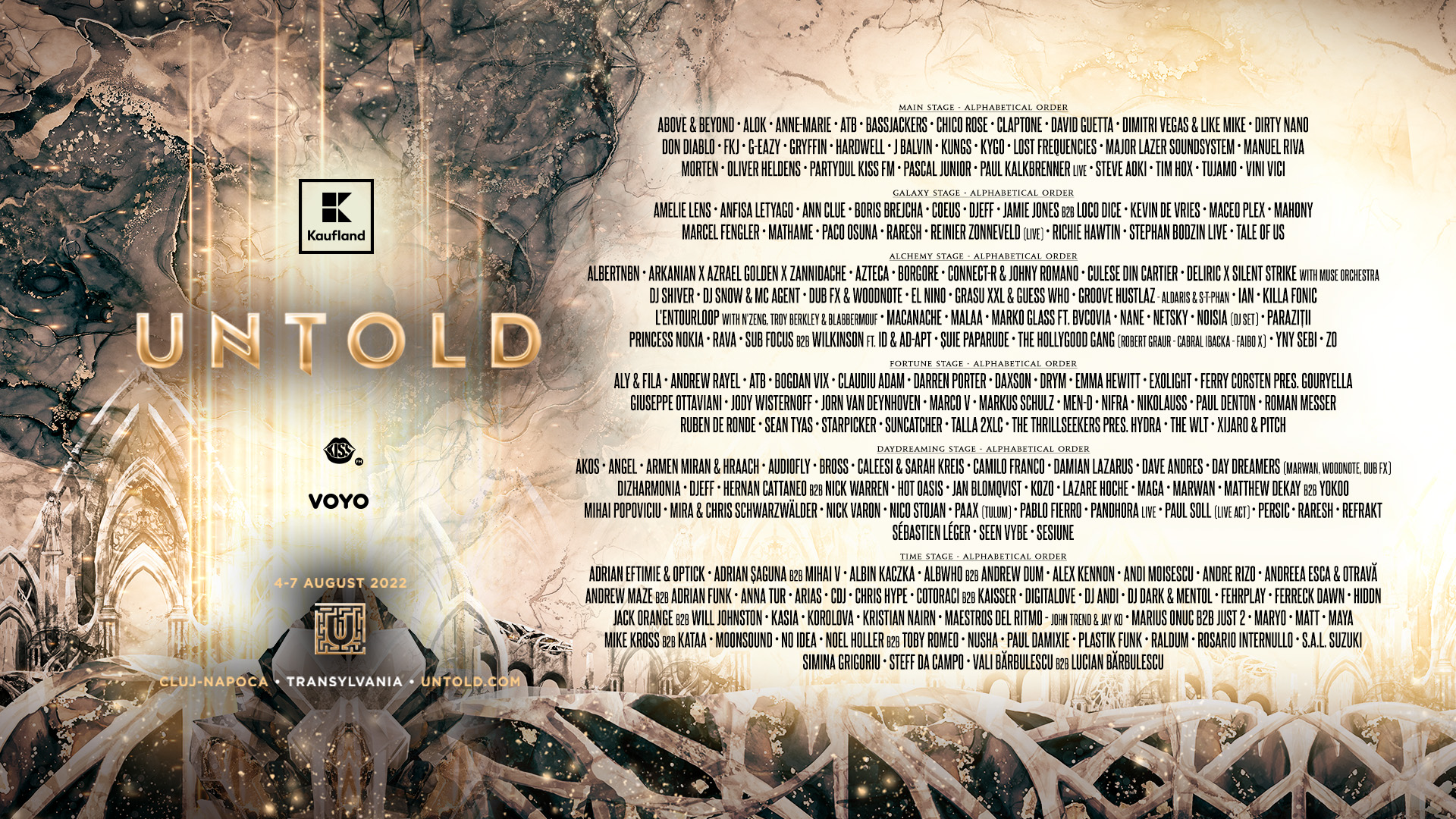 There’s never been a more magical land in the history of mankind, such as Transylvania. Secluded for centuries, wrapped in myths and legends, but never fully disclosing itself, cocooning fantastic beings that only the moon might know the name of. A universe dormant for the tribe of men but alive as the wind through the leaves. That only few moons ago decided to reveal itself to the rest of the world, when a mighty wizard, traveling through space and time, opened the Transylvanian gates for the first time, on a summer eve, releasing its magic for four days and nights, to all those traveling the land, from afar.

That is when the Untold legend began, bound to reappear every year, in the same night, each time revealing more of its fantastical universe.

A world of wondrous diversity, under the ruling of the Wizard and it’s loyal servant, a legendary dragon, summoned from the stars and bearer of Truth. A realm where oracles and time weavers are changing the laws of Time, where druids and part animal-part plant beings are protecting the forests. And Elderly teachers and their alchemist students are continuously transforming elements. Where ancient celestial beings, inventors and architects, are searching for knowledge beyond stars. And nature priests, surrounded by nymphs, mythical chimeras and nature spirits live in a perpetual connection.

And above all, pledging themselves to the mighty wizard, a tribe of men-wolves, warriors of regal kin, offering their protection to the land beyond the forest.

Each year, for those four days and nights, the Transylvanian land, enriched with more and more magic, opens its magical gates to all those thirsty to know its secrets. Welcome to Untold!