The incidence rate in Cluj-Napoca has reached 11.77/1000, the highest infection rate in the country and higher than the level of infection during the peak of the 3rd wave, which was the most deadly and impactful COVID-19 wave since the pandemic began.

The case increases are fuelled by the Omicron variant, which according to research, tends to be less aggressive than the previous dominant Delta variant, however, scientists and healthcare professionals have stressed that although the vaccines do not necessarily prevent infection, the COVID-19 booster vaccination is the key to not developing more complicated or serious symptoms and to speed up recovery.

This month, 11 COVID-19 related deaths were recorded in Cluj and there are currently 31 intensive care beds in use (ICU) for treating the virus.

The video below shows the spread of infection across Romania since December 25th through until January 17th, 2022.

A team of researchers of the Faculty of Economics and Business Administration at Babes-Bolyai University created the COVID-19 – Romanian Economic Impact Monitor, which shows the facts and forecasts of the effective of the pandemic on the economy.

The page contains a number of important metrics, other than just case numbers, it also highlights countries which are returning to some sort of normalcy across the world.

The Result of Holiday Restrictions Relaxation?

Cluj-Napoca mayor, Emil Boc, criticised the government in December, when they announced that the country would be relaxing restrictions during the holiday period, and allowing unvaccinated entry to places which had initially been restricted since October, following the decision to introduce the “Green Certificate” as a mandatory requirement for entry into most leisure facilities and public events.

He stated, “If we look at what others are doing and if we are rational enough, (…) this should not happen now in Romania . Let’s make sure we have the highest possible degree of vaccination, so that when that wave comes to us we don’t have such problems with deaths and we don’t have to crowd the hospitals like that anymore. I hope that the Government will take measures for the safety of the Romanians and not for the interest of one party or another”.

However, although opening hours of stores have decreased and a COVID-19 “Green Certificate” is once again required, it seems that the relaxation of measures during the holiday period is now starting to show in the case numbers being seen across the country as this variant continues to spread, being much more contagious than previous strains.

The government has also failed to agree on and introduce mandatory COVID-19 “Green Certificates” for workplaces. Initially the plan was to have this introduced before the start of 2022, however, the draft law was completely overturned as with sources citing that no member of the ruling coalition wanted to bear the responsibility of voting to approve the measure, which has already been introduced in some other European countries, even those where vaccination levels are a lot higher.

As countries across the EU/EEA begin to push their booster campaigns, Romania remains at only 40.8% of the full population who have received the full vaccine course and Romania has just sold 5 million Pfizer/BioNTech vaccines to Germany in order for the country to have enough vaccines to provide the coverage they want for their booster shots.

Romania continues to have plenty of vaccines available, uptake is just slow, with daily averages in the 10s of 1000s where as other countries are seeing daily uptake in the 100s of 1000s. The reasons cited by Valeriu Gheorghita for lack of willingness in the population to get the vaccine is a combination of a small proportion but “well-organised” anti-vax propaganda as well as general vaccine hesitancy, primarily due to distrust in the vaccines and “not knowing what's in the vaccines” or the risk of side-effects, distrust in authorities and the health industry in general and also that people believe that their natural immunity will be enough to fight the virus.

During an interview with Digi24, he re-enforced the message that the vaccine is key to lowering critical cases and deaths by stating, “people need to understand an important message right now: current vaccines are effective, including for the Omicron variant, if we look at those important goals that are of medical and individual risk interest to us – the risk of developing the risk of hospitalisation in intensive care and the risk of death”.

The National Coordination of Activities on Vaccination against COVID-19 (CNCAV) announced that from January 26th, those aged 5-11 years will be able to start getting vaccinated at select vaccination centres across Romania. An interactive map of vaccination centres for the country can be found here: https://vaccinare-covid.gov.ro/platforma-programare/.

More information regarding the announcement for vaccination of children can be found on the Romanian Vaccination platform website; here

There has not been any talk of introducing more or enhancing existing restrictions to help cope with the increasing numbers of COVID-19 cases being picked up across the country.

Greece has just introduced mandatory vaccinations for those aged over 60 years, and have introduced regulations which will require those who actively choose to not get vaccinated, to pay €100 per month. Since their government announced the plans, they say that it considers the measure “a success”, with around 217,000 people aged over 60 receiving a vaccination within 6 weeks and now vaccination among those over 60 is reaching 90%. The money raised would be used to support hospitals in Greece.

Romania saw a similar increase in vaccination numbers once the requirement of a COVID-19 “Green Certificate” was introduced and was only available to those who had already had COVID-19 or who had received the vaccine. However, certain groups fought against this restriction, saying that it's “unconstitutional” and organised protests and marches against the restrictions, including the requirement to wear masks.

In December, the government added the option to generate a “Green Certificate” after receiving a negative COVID-19 test result, ultimately a move which will come as good news to the ~60% of the population who have not received the vaccine for one reason or another.

As Cluj-Napoca is currently at over 3/1000, most public places can only be occupied at 30% capacity and store hours are between 5AM and 10PM, however, travel restrictions outside of the home have been lifted entirely, where as before the holiday relaxation, it was restricted after certain hours to those who have been vaccinated or had passed through the disease which was supported using a COVID-19 “Green Certificate”, those without would need to provide a “Declaration of Responsibility”, as a document explaining why they were outside in the restricted hours of movement. This has now been removed.

Romania made changes to the kind of masks you are allowed to wear and where / when you must wear them. As was the case before the relaxing of restrictions, masks are required in all public spaces, both indoors and outdoors, however, now homemade / textile masks, are non-compliant.

The government also recently established a change of rules when it comes to school operations, which will depend on county-level hospital bed occupancy rates.

If the county has a bed occupancy rate of over 75%, then schools will be changed to remote education through online classes, but discussions of any other changes to existing restrictions or the introduction of new restrictions have not yet been mentioned. 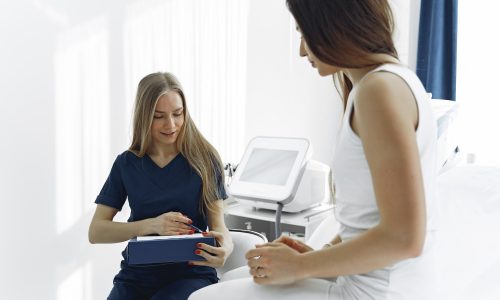 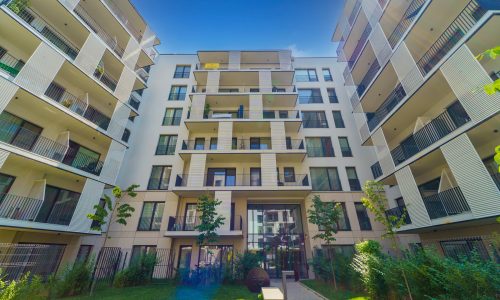