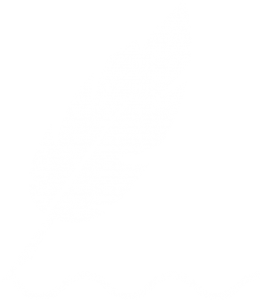 We love hearing about people who have moved to Cluj for various reasons. This story is from someone who moved to Cluj in 2019 from United Kingdom. They were kind enough to share their experience with our readers and hopefully you find it useful.

Before we start, please remember that each person is unique and that their experiences are likely different to yours and others. Please always be respectful and use this information as it is intended, for sharing a personal experience, and is not intended to inform or advise people who are considering moving to Cluj-Napoca.

How did you hear about Cluj-Napoca?

To be honest, I was first aware of Cluj not long after we bought our holiday home in Băla, a tiny village half an hour from Targu Mureș. We originally bought the small farm where my wife Georgiana’s grandmother was born as an escape from the big city, in our case London. Frankly, even TM was too much of a sprawling conurbation for us but we had to make the effort to drive there in order to raid Dedeman for DIY goodies before beetling back to Băla. Cluj seemed considerably bigger, further away and definitely to be avoided.

Why did you move here?

My partner is from Romania.

After 5 glorious summers, the occasional Easter and much time spent getting to know the locals – many of whom my wife seemed to be related to – relishing the wonders of the Transylvanian countryside, and enhancing our holiday home, including buying the small farm next door, doubling the size of land at our disposal, the time came for our eldest daughter to hit high school. The primary school in Ealing both daughters attended was good, Sunday Times no.1 as it happened, but the stress induced by the school in its desperate attempt to maintain its elevation took an inevitable toll, with tales of self-harm amongst older pupils ringing alarm bells and the looming threat of Brexit leading us to question everything.

We decided to look further afield. Might there be some kind of international school in the vicinity of Bãla? Transylvania College appeared in the search engine. A top level, English language school just 90 minutes away, with an associated boarding facility, albeit in the scary big city of Cluj, seemed too good to be true. After a trial day daughter no.1 was hooked, and after a stroll through the old town, across the river and up to Belvedere to look down on the grand buildings and parks, I had a strange sense of homecoming. Something about Cluj being the same size as Coventry, where I spent my first 19 years, coupled with an increasing desire to jump the sinking ship I felt the UK was becoming.

The transition was a little bumpy. Boarding wasn’t ideal for a 12 year old amongst older girls so we decided to rent an apartment in Cluj-Napoca and hire a nanny. My wife and I are both freelancers in the media (her a hair and makeup artist in film & TV and in demand in the celebrity world attending to the likes of Kylie Minogue and Josh Groban, myself a TV documentary editor) so flexibility wasn’t a problem. Taking it in turns to keep tabs certainly kept WizzAir in business, but straddling Europe in the age of Brexit was clearly unsustainable. When in April 2019 younger daughter expressed a desire to join big sister, the wheels started turning.

Our lodger in London for the previous couple of years, as he steadily wrestled the London comedy circuit, Romanian actor Dragos Mostenescu (La Bloc) was keen to bring his family over to join him so we hatched a plot to rent them most of our Ealing house whilst keeping our bedroom for the occasional return visit.

After despatching most of the family furniture to the farm in Băla – now with a handsomely converted barn housing my uncle’s old baby grand piano – under cover of darkness, on July 22nd 2019, coincidentally the night before Boris Johnson got the keys to 10 Downing Street, we jumped in the Volvo and made a beeline for Dover, and the continent. It really did feel a bit like The Great Escape, tempted by a new life, albeit split between Băla and Cluj-Napoca.

What do you think of the city?

I wish I could say more about the city. The learning curve was steep and intense. But the budding relationship rapidly ground to a halt when the pandemic happened and the world stopped.

After spending summer 2019 settling in Băla, school term started so we all upped sticks to our apartment in Cluj-Napoca. I quickly discovered the cool places to go: Samsara Tea Rooms; the steam punk emporiums Joben and Enigma; IKWE yoga studio; Klaussenburger, /Form etc. I love the pavement café scene, I checked out Creative Mornings Cluj, and signed the girls up with The Beat music school. Our apartment is adjacent to Iulius Mall so shopping became a doddle, along with sussing out the very efficient bus service into the centre and beyond.

Transylvania College was a dream – bonding with a swathe of bright, aspirational parents and liaising over extra-curricular events at school as well as parties and a skiing holiday gave us a whole new social circle, and the emphasis on mindfulness and leadership, maybe a little too much at the expense of academic prowess and discipline, certainly reduced our children’s stress levels.

After helping organise two international corners at Transylvania College, UK and Sweden, we were just about to open the Ireland corner and celebrate at O’Peters with the Irish Ambassador when covid kicked in. School went online so we took to the hills and hid on the farm in Băla for 3 idyllic months.

Have you ever lived in other areas, and why did you decide to stay in Cluj?

No, this is my first destination.

In response to the above question about living or visiting elsewhere, although we’ve only lived together in London, between us, we’ve actually visited most corners of the globe. Georgi, in her days working on cruise ships, travelled from the Caribbean to the South Pacific; and before settling down as an editor I was regularly jetting off to obscure corners as a documentary cameraman, filming in places such as Mongolia, Ecuador and Nepal. In fact it was shooting an experimental European dance workshop in Bucharest in 2000 that first opened my eyes to Romania. So having seen the world, we concluded this was the place to be (though Mrs T often looks back on Bora Bora with a certain nostalgia!)

So why stay? Apart from the obvious, the school, I feel there is so much left to explore. We’ve already sampled horse-riding in Faget, zip-wire adventure in Feleacu, the spooky wonders of Hoia forest, but are yet to indulge in TIFF or experience the wonders of the philharmonic orchestra, something I heard about only recently.

I think the city has a tremendous, visionary leader in Emile Boc, who seemed happy to have a chat when I met him at a business event. His progressive green credentials and openness give a sense of hope in a country still struggling with its past even if the property prices are nuts.

We’ve also been busy establishing an agrotourism business on the farm in Băla, La Poiata Retreat (lapoiataretreat.com), hosting Airbnb guests, yoga workshops and team building sessions, and run an annual festival on the land, BălaFest, luring acts from Reghin, Targu Mures, Cluj-Napoca and beyond, while at the same time Georgi helped set up the Four Reasons hair salon at Viva City in Cluj-Napoca where she has a growing client base.

If you compare Cluj to your home town, are there big differences or similarities?

It’s certainly not London but there’s some similarities with Coventry, inasmuch as there’s a manageable sense of community, with elements of culture slowly making themselves known as I rebuild the dormant pre-pandemic connections and get to know more of the movers and shakers in the city. In Coventry I totally immersed myself in the theatre and music scene of the late 70s. Here, my youngest daughter sings in a band and I’m currently trying to find time to attend my first contemporary dance class in 30 years after hooking up with the Kid A Dance Co who performed at Băla Fest this year.

If you compare Cluj to your home town, are there big differences or similarities, would you recommend living here and why?

Moving here was pretty easy and yes, I would!.

I think I’ve covered this above. Forward looking and international; pavement café scene; cool bars; shops; culture; location; airport; proximity to hills; mountains; lakes and wilderness. And most importantly, the ability to travel to the farm in 90 mins and in so doing, rewind 100 years to a land that time forgot.

If something could be better, what would it be?

Obviously, road transport is an issue. Friday evening superjams probably have no simple solution. Apart from that I miss theatre and am keen to help establish an English language theatre/youth theatre group, something I think would be of interest to the progressive folk of Cluj-Napoca (not just because my command of Romanian is still wanting after all these years!) Live music is also something I was looking for when everything closed down – not sure if it was particularly evident before but hey, we need it now more than ever!

** The first photo features yours truly along with the MC of this year’s BălaFest, Gianina Corondan. The second is a portrait taken today, on holiday in Sicily. Both are by youngest daughter Polly.

We want to hear from other expats who now call Cluj-Napoca their home.
Share Your Experience